What is the Gray Death Drug?

Satori Recovery Center Blog What is the Gray Death Drug? 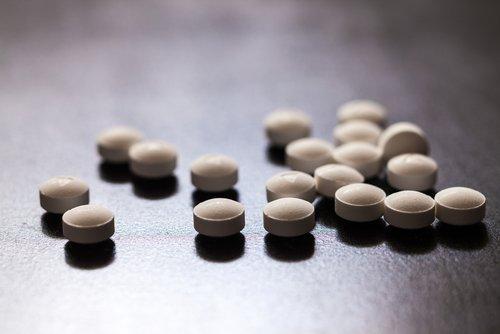 The opioid crisis that has gripped the United States has resulted in unprecedented tragedy. In 2017, there were 47,600 deaths attributed to opioid related overdoses. Not only does that number account for over two-thirds of the total number of drug overdose deaths (67.8 percent), it is also a 12% increase on the previous year.

CDC researchers found another disturbing statistic deaths involving synthetic opioids specifically had jumped even more dramatically. A 45.2% increase over the previous year brought the total number of such deaths to 28,466. Certain states saw shockingly high increases of the same statistic. While Oregon's 90.9% increase may seem unbelievable, the numbers in North Carolina and Arizona were even more shocking,more than doubling to 112.9% and 122.2% respectively.

The advent of these levels of synthetic opioid abuse has added an even more dangerous factor to the opioid crisis. Perhaps the most well known example of this substance is fentanyl a synthetic drug 50 to 100 times more potent than morphine. As terrifying as this drug's existence is, it has paled in comparison to a number of other synthetic opioids discovered to be flooding our nation's streets. About two years ago, however, a certain drug began showing up that may be the most dangerous of them all. Its name is, unfortunately, appropriate given the danger it poses to users: Gray Death.

What Is Gray Death?

Gray (or 'grey') death is actually not one drug, but rather a combination of some of the most powerful opioids available. While samples vary in terms of composition, many have been found to contain the following drugs.

In addition to these, researchers have found fentanyl-like compounds even stronger than carfentanil in batches of gray death. As previously mentioned, gray death's composition varies wildly from sample to sample. It may contain some or all the above-mentioned drugs. Further, the ratios of the drugs is equally inconsistent. Not only are the same amounts not used, they may not even be similar. With the potency of the drugs involved , this greatly increases the likelihood of overdose. Precisely the same amount of gray death by mass may be many hundreds or thousands of times more powerful than a user's last batch.

Further complicating matters is the fact that, because the drugs are so strong, the dangerous amounts included are actually quite tiny. For this reason, and the fact that these complex drugs are being combined, sometimes it is difficult to detect all the drugs present in a sample.

Why Is It Called 'Gray Death'?

Grey Death has perhaps the most appropriate name among all drugs. Naturally, its potential for causing fatalities is the reason for the second part of its name. And while there are other drugs that can be gray in color (e.g. certain types of heroin), the appearance of grey death is particularly striking. It has been compared to concrete or cement generally coming in a concrete-like block or a powder that looks almost exactly like dry cement. Its foreboding look is perfectly aligned with its effects. Oddly enough, the source of its gray color is a mystery the common combinations of drugs found in gray death should not result in a gray end product.

How Is Gray Death Taken?

Gray death is consumed in the same way heroin and other opioids are. Users inject, snort, smoke or orally ingest the drug. Due to the powerful opioids contained therein, whatever method of administration is used, the onset of effects is extremely rapid.

What Are The Effects Of Grey Death?

The effects of grey death are similar to those of other opioids, but can be expected to be more extreme and almost immediate. These include:

Due to the potency of Gray Death, heart failure and respiratory depression experienced is often fatal.

Where does Gray Death Come From?

When grey death began showing up on the streets (and often in the systems of individuals who had experienced fatal overdoses), its origin was unknown. However, as its components became clear, so did the knowledge of where the drug came from.

Like the drugs it often contains, gray death is believed to largely come from overseas. Whether in its complete form or separately as its base ingredients, much of it is believed to be imported from China. Due to more lax control on synthetic drugs, they are still relatively easy to obtain from the Far East even though most of them have finally been scheduled as controlled substances in this region (soon after their increase in illicit use, these drugs were classified as Schedule I controlled substances at federal and state levels in the United States).

It is also believed that gray death is also smuggled across the border from Mexico. This would explain why it was first seen in Southern states such as Georgia and Alabama. From these Southern states, it is spread throughout the country. Now, there have been deaths attributed to gray death in states throughout the country including Ohio and Pennsylvania.

Why Do People Use Grey Death?

From the information given here, one question will likely come to mind: Why would anyone use this drug? While non drug users may not understand drug use in general, even many users of drugs such as heroin and cocaine have expressed fear of gray death and the possibility of unknowingly taking it. However, as the tragic results have shown, others actively seek it out. But why?

The answer lies with one of the most sinister features of drug use and addiction tolerance. Though much is made of the potency of heroin (and with good reason), regular users develop a disturbingly high tolerance after some time. To an extent, this happens with any drug no matter how strong. As a result, heavy opioid users eventually find themselves requiring larger and larger doses of their drug of choice in order to achieve a high intense enough to satiate their cravings. This of course gets quite expensive when the drug abused is an opioid such as heroin or oxycodone. For this reason, many addicts have embraced powerful synthetic opioids like fentanyl which are cheaper and require very small doses for an intense effect.

A drug like Grey Death, then, becomes attractive to a select group of people. While certainly there are those simply looking for 'the best high', or one that will rival the feeling experienced when they first began taking opioids, there are others who simply no longer experience a powerful high from the intake of the usual types of drug. They believe that a drug like gray death will give them this, and further, that due to their extremely high tolerance for conventional opioids, they will not succumb to the drug as many others have.

Sadly, many are of course incorrect in the latter conclusion. Gray death's ingredients, and the mystery of their volumes per sample, assures that most individuals taking it will overdose likely fatally. The likelihood of the fatal overdose happening after their very first encounter is also high. To put the strength of gray death's ingredients into perspective, a single flake of carfentanil can effectively tranquilize a 2,000 pound elephant. Many experts have made a grim statement that, while it may sound flippant, is a basic fact users of grey death are unlikely to become addicts, as it is extremely unlikely they will live long enough to do so. Of course, at the end of the day, any drug abuse has many reasons behind it, often including unresolved issues. Therapy with experienced professionals is always recommended as part of treatment that will prevent future drug abuse.

Can Grey Death Overdoses Be Treated?

Like other opioid overdoses, the recommended treatment for a gray death overdose is naloxone. Popularly known as Narcan (the brand name of one preparation), naloxone blocks the effects of opioids by binding to opioid receptors instead of the opioid drug. However, gray death's extreme danger rears its ugly head here as well.

Health professionals responding to grey death overdoses have reported that the drug is unusually resistant to naloxone. Individuals successfully revived after a grey death overdose have required multiple doses of naloxone, whereas one in usually sufficient in cases of heroin and prescription opioid overdose. Of course, in many cases, multiple administrations of naloxone had no effect whatsoever and responders were unable to save the user. Similar to the inability to compile information on addiction statistics, gray death's long-term effects are unknown because anyone using it is unlikely to survive long enough to provide this data.

How To Help A Grey Death User

Abuse of any drug is a serious situation that should be treated as quickly as possible opioid abuse particularly so. Even with this said, the abuse of gray death is one of the most dire scenarios of drug use. Overdose is always a possibility when dealing with opioid abuse but when it comes to gray death, it becomes far more likely than not, with fatality in a very short timeframe being an absolute certainty. If you suspect someone you know is using gray death or considering it, it is imperative to approach them immediately. While you should always approach someone suffering from drug addiction with compassion, it is also important here to try to get them help before they use again, as it is tragically likely a single additional usage could end in death.

If you have used gray death or are considering doing so, you should reach out for help immediately. Regardless of assurances that a batch of gray death may be powerful but safe, no dealer truly knows what its composition is, and death is a far more likely result than a powerful high. There is a better way to live, free from the hold of addiction to opioids or any other drug.

The Satori Recovery Center in Laguna Beach, California, offers one of the country's most innovative and effective recovery programs. In our beautiful, soothing facilities, we offer a program that includes a safe and comfortable detox, multiple therapies to suit different personalities including the revolutionary EDMR technique, fitness therapy and outdoor adventure therapy, and instruction on how to make a lasting improvement on your body and mind through activities like mindfulness and considerations such as nutrition. To find out more about how you can save yourself or a loved one from the dangers and pain of addiction, contact us today. 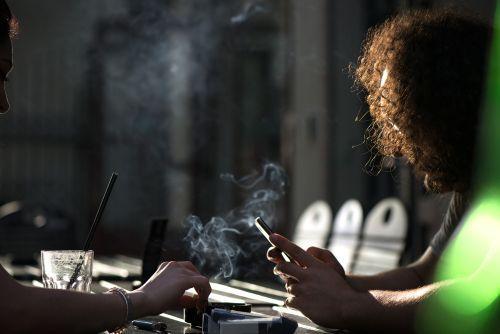 What are Recreational Drugs?

Recreational drug use is a term we hear used quite regularly whether on the news, in articles or in conversation. 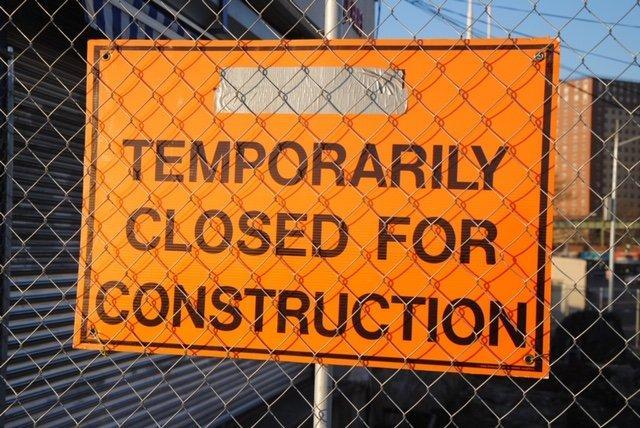 Having healthy boundaries is like building a lovely little fence around your life. But for most of us in recovery, the concept of boundaries is very new.

A lot of people think that balance is just an illusion. That our lives are so busy and overwhelming these days that achieving any semblance of balance is an unattainable goal.